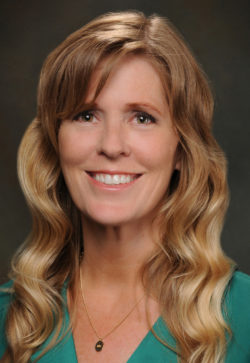 Jamee Twardeck is the Headmaster of Archway Trivium West. Mrs. Twardeck has more than a decade of experience teaching a classical curriculum. In 2002, she founded a classical K-8 school in the South Pacific, where she served as a teacher and as principal. She also founded and directed a large classical home school cooperative in Portland, Oregon and has served on the PTO board at Stanford University’s Education Program for Gifted Youth. Mrs. Twardeck served as a lead first grade teacher at Archway Cicero in 2014-2015 and as assistant headmaster in 2015-2016, prior to transitioning into the role of headmaster at Archway Trivium West.
Mrs. Twardeck grew up in the Bay Area, and in her early elementary school years, similar to our ATW students, she attended an academically rigorous charter school after her name was randomly drawn through a lottery system. Her passion and perseverance for learning were well-directed and encouraged, and this pursuit of learning has continued throughout her adult life. She graduated summa cum laude from Arizona State University with a B.S. in Architectural Studies, and was the first-place recipient of ASU’s innovation-based design excellence award. Her interests continue to include architecture, as well as outdoor activities, reading, cooking and travelling. She and her husband, Tim, are the parents of six children. The oldest is a recent college graduate and software developer, the middle three children are college students, and the youngest two are Great Hearts students! 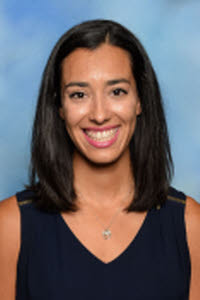 Samantha Uphoff is the Assistant Headmaster of Archway Trivium West.  She joined the Trivium community in July 2014 and is honored to be part of a dedicated community of educators, scholars and families.  Prior to working at Great Hearts, she spent 6 years working with children who have developmental disabilities and delays using ABA Therapy (Applied Behavioral Analysis).  Ms. Uphoff received her B.S. from Barrett the Honors College in conjunction with Arizona State University.  Her career has been focused on service to children and families.

Distance Learning for ALL

Live learning will be held via Zoom. Students must appear on-camera in uniform/dress code during synchronous learning.
Independent learning will be communicated via Google Classroom by your child's classroom teachers.

View All Events
Back to main